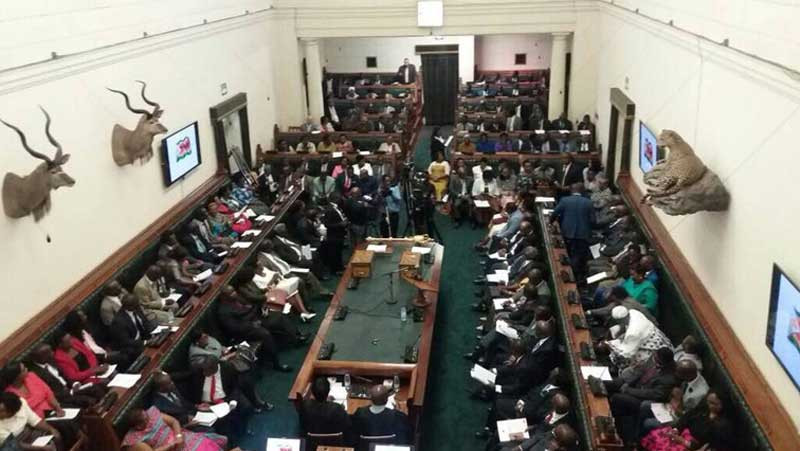 National Assembly SPEAKER Jacob Mudenda has ordered Parliament officials implicated in the laptop fraud to be summoned for questioning before the Public Accounts Committee (PAC).

According to a confidential report, Secretary of Parliament Kennedy Chokuda authorized the tender to supply 173 laptops, each worth US$9,200, to Parliament.

“I take this opportunity to recognize your dedication to the supply and delivery of 173 laptops and 79 all-in-one desktops. The evaluation committee was impressed with your documentation and presentation of your bid,” Chokuda’s letter said.

However, the Treasury canceled the contract and blacklisted the vendors for driving laptop prices “well above those prevailing in the market”.

Chokuda later issued a statement Saturday blaming parliament staff for the “corrupt deal” but did not say what action would be taken against those alleged to be responsible.

“In this particular incident, the Chairman of the PAC has written that the officers responsible must appear before the PAC. This process is ongoing and only after the PAC’s questioning will they decide whether or not a forensic examination is required,” Mudenda said.

“Also, what the Auditor-General has said about the Committee’s accounts since 2013 must be considered. If there are issues that have been raised and not addressed, these may be part of the PAC’s inquiry. This is how we will proceed from a procedural point of view.”

Efforts to get a comment from Chokuda were unsuccessful as he did not answer the phone.

According to the leaked official statement, Blinart Investments P/L won the tender to supply 173 laptops to Parliament for a total of US$1,602,755.77, which is US$9,200 per device.

Another company, Mid-End Computers and Hardware, won a bid to supply 79 desktop computers to Parliament, costing their gadgets over $3,000 for a single desktop.

“Transparency International Zimbabwe (TI-Z) urges the Zimbabwean Parliament to consider this as a form of financial misconduct under Section 85(1)(b) of the Public Finance Management Act. Therefore, due disciplinary procedures consistent with Sections 87 and 88 of the PFMA should be followed,” TI-Z said Tuesday.