Funds continue to flow to companies developing and testing electric vertical takeoff and landing (eVTOL) drones – both manned and unmanned. Also, the potential for drone clearance of landmines is being studied by a team from Oklahoma State University.

Air taxis ahead with funding

In early September, United Airlines committed to a $15 million investment in Eve Air Mobility, giving the air taxi industry another boost. The deal includes a conditional purchase of 200 and an additional 200 options for Eve’s four-passenger semi-autonomous eVTOL aircraft. The investment is one of United’s efforts to reach its goal of net-zero carbon emissions by 2050.

Eve and parent company Embraer have also announced a contract with BAE Systems to develop an eVTOL aircraft for military and security applications. Technical details of the UAV/aircraft have been carefully kept under wraps aside from the visible use of eight lifting rotors and two ducted fans for forward flight. Flight management computers, guidance, air data, altitude sensors and highly integrated communications would likely be included in the avionics suite.

READ:  The Air Force’s Next-Gen Fighter Is Getting Its Own Drone Army

Meanwhile, United’s earlier investment in Archer Aviation and its Maker eVTOL appears to be helping the manufacturer’s progress toward civilian certification. Maker flight tests have apparently been limited to vertical flight; The multiple lift and tilt rotor design has yet to be tested in the transition to forward flight. 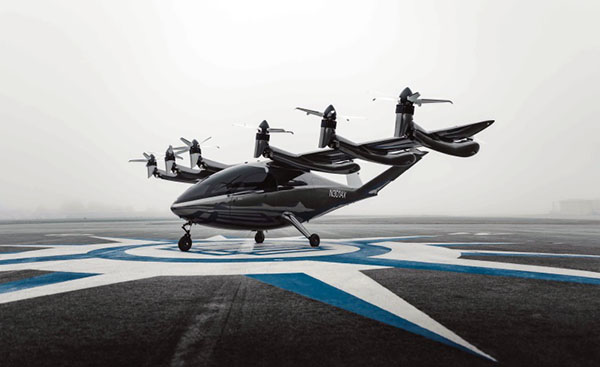 However, more information on how to configure the Maker eVTOL seems to be available. The company’s approach is to demonstrate early on that safety is a key design driver, with significant redundancy in the vehicle’s systems. The Maker features four flight control computers and redundant controls and navigation with inertial navigation, GNSS and above ground (AGL) sensors, both radar and laser altimeters. Redundant communication links between sensors, flight control computers and actuators combine to provide another level of design security. The vehicle has six lift rotors on the rear of the wing, plus an additional six main lift and thrust rotors with a tilt rotor – another significant contribution to redundancy.

There are numerous eVTOL manufacturers around the world. Some notable ones are Boeing/Wisk (US and New Zealand), Joby (US), Vertical Aerospace (UK), Ehang (China), Airbus (France), Lilium and Velocopter (both Germany) and Beta (US).

It is difficult to imagine the scale of the problem, but there are many, many areas of the world where landmines pose a serious threat to civilian life. Eventually, wars continue or die out, not only destroying cities and infrastructure, but also leaving significant threats to retaking territories once held by the invaders.

Landmines come in many flavors, but most are deadly and most kill or maim innocent people who encounter them. Duds, mortar shells and the like can also kill and injure people, especially children. Apparently there are areas in 50 to 60 countries around the world where landmines or unexploded ordnance pose a threat to civilians.

The good news is that several organizations around the world have used drones to survey mined areas. The organizations send drones equipped with magnetic detection sensors a few centimeters above the ground. The drones geotag mine locations and these locations go into an area database. Another drone is then sent to drop a detonator on the mine’s location, with the mine later detonating from afar.

An investigative team from Oklahoma State University is scrambling to train a drone-based machine learning system to detect different types of land mines and explosive devices. Although the system is not aimed at detecting mines without human involvement, it is expected that drone mine detection could greatly improve current landmine removal efforts and accelerate the pace at which the world can get rid of this plague of hidden explosives. 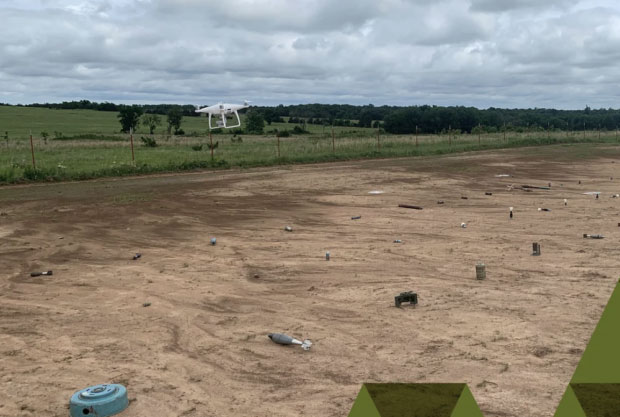 The research team works in an area they have set up with inert mines of many types to train the drones to recognize the specific device type and geotag the location. This is not artificial intelligence as such; It uses drones to find and geotag an object, while the network the drone is connected to uses the sensor data to identify what type of mine the drone has found.

In the research phase, the team feeds data on many different types of mines and munitions into the network, provides the network with a model for each type of regulation, and finally enables device detection in the field.

In summary, the rush for air taxis to become a ubiquitous resource for urban transit is still finding its way through the civilian twists and turns leading to civilian approval for use, with many companies hard at work building flying testbeds , and investors fund their efforts.

Finding novel drone-based ways to clear the millions of landmines left behind in war-torn countries is becoming increasingly important – despite Princess Diana’s efforts to draw attention to the suffering and deaths caused by landmines several decades ago. Let’s hope this goes somewhere soon.

What Is Dogecoin? | Everything You Need to Know About DOGE