MathWorks recently announced that it has donated $2 million to establish an endowed chair in the computer science department at the University of New Mexico.

The donation will establish the Cleve Moler and MathWorks Chair of Mathematical and Engineering Software Endowment Fund, which will generate funds to hire a faculty member in computer science. The UNM Board of Regents voted today to approve the named chair, which is one of only a handful at the School of Engineering.

Lydia Tapia, Professor and Chair of the Department of Computer Science, said the endowed professorship will have a significant impact on the department.

Also Read :  CERN joins with leaders from research and industry to propose an Open Quantum Institute

Tapia said investing in the high-growth field of informatics is a strong strategic move that will help UNM and the state.

“Putting resources into a strong computer science department is critical to building connections between global companies like MathWorks, national labs and other local research agencies through a focus on math software,” she said. “This foundation will empower the state of New Mexico by increasing UNM’s high graduation rate for computer science majors and will help us in our quest to attract more underrepresented groups to computer science, particularly Native Americans and women.”

MATLAB is a programming and numerics platform that millions of engineers and scientists use to analyze data, develop algorithms, and build models. Moler began developing MATLAB when he was a mathematics professor at UNM in the late 1970s so that his students could easily access the LINPACK linear algebra libraries without having to write Fortran. He was a faculty member at UNM for 13 years and became a department head in 1980.

Moler said he is proud that MathWorks is investing in the computer science department at UNM.

“There are many future topics and challenges for computer science, problems that we don’t even know about yet,” he said. “It will be important to adapt to the advancements and it will be important to have a strong IT department ready to work on solutions to these future issues. I am confident that this foundation will help.”

Among the many students that Moler advised during his time at UNM was Jack Dongarra, a recent recipient of the Association for Computing Machinery’s AM Turing Award, who received his Ph.D. from UNM in mathematics and statistics in 1980. Dongarra visited campus for a lecture and reception on October 10. 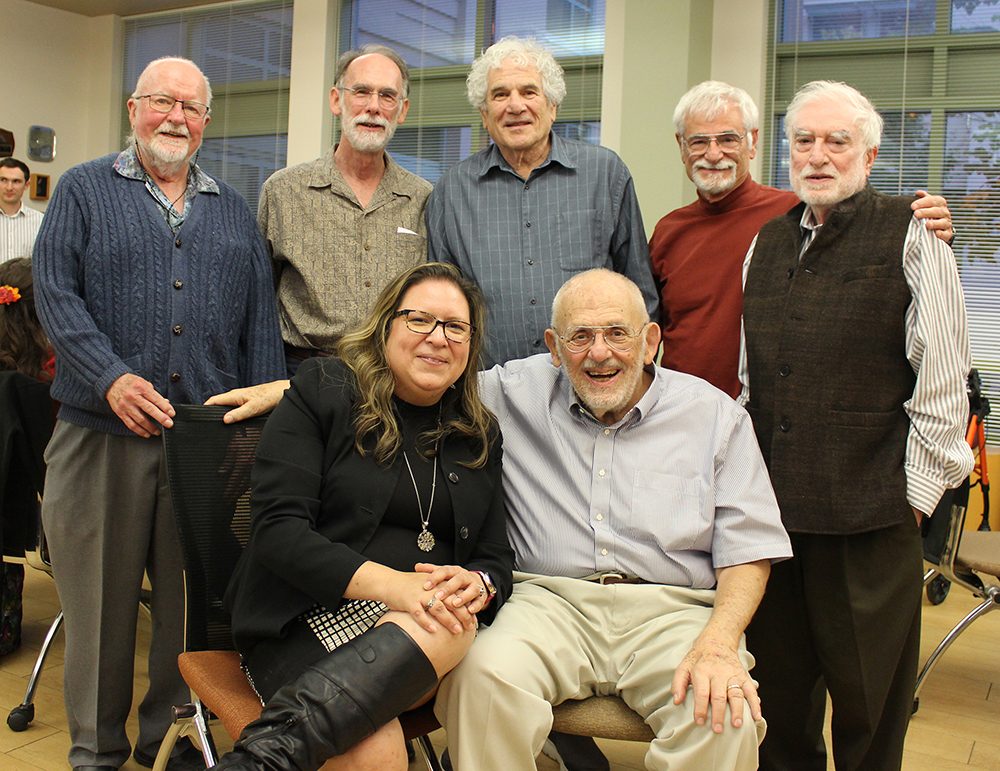