VMware was important and influential, there’s no denying that. The ability to virtualize server hardware has resulted in tremendous gains in minimizing hardware footprints, miniaturizing data centers, increasing uptime and reliability, providing longer recovery times, and is the backbone of what we now call cloud computing.

At the same time, however, there is a risk that the company’s success will mean that a large part of its livelihood has disappeared. Because as organizations increasingly migrate from on-premises data centers to public clouds – and no longer manage their own hardware and servers – it means that the traditional company is no longer necessarily using VMware to do so.

Ah, but many companies have complicated applications and find it easier to transition their on-premises virtual machines or VMs to the equivalent on cloud platforms. As such, they still run VMs, albeit not on their own physical hardware. Well yes, to a certain extent. You can switch from VMware to AWS EC2s or Azure VMs instead. Or even if they use VMware’s own VMware on Cloud product and run VMware on AWS or elsewhere, they probably won’t want to do that forever. Cloud computing, despite the hype, doesn’t come cheap and running a workload 24/7 drives up the bills. The ultimate goal is to move your apps to elastic, serverless resources and only pay for what you need.

So as we move through the 2020s and start looking at the 2030s and beyond, you might pretty much be thinking that traditional VM is on its deathbed.

Well — VMware has heard all of this and definitely thought about it, and the company isn’t going away anytime soon.

VMware’s strategy for the next decade

Instead, VMware’s strategy is to continue providing support for legacy virtual machine applications while providing a great suite of products to help developers and operations teams manage and deploy modern container-based applications.

Make no mistake: “Kubernetes is good news no matter what cloud you’re talking about,” says VMware senior vice president Tanzu Edward Hieatt. However, “Tanzu provides architectural things above to hide the complexity of Kubernetes. It offers the DevOps operator a consistent interface across any cloud. It’s more packaged and less do-it-yourself. Developers can write code and don’t even know what cloud it’s running on.” 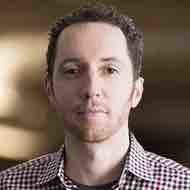 In fact, VMware’s vision for the next decade of computing is a world of modern multi-cloud applications where IT teams are able to deploy any application, on any cloud, on-demand with full control but no headaches. It will be a consistent set of tools and APIs that make the underlying cloud intangible.

This strategy builds on three components: Tanzu, of course; the DPU – a new processor appearing on server hardware; and VMware Aria, a brand new product that finds all your cloud resources and delivers insights and most importantly manageability.

Just like VMware has historically abstracted hardware so you run Linux on Windows servers or Windows on Linux servers or maintain a legacy Windows NT application on modern servers and vMotion servers from box to box or snapshot and virtual Hard drives can restore drive images – so now it also abstracts from the cloud, allowing for the same platform agnosticism and consistent approach and management for deploying the applications of the future.

“Multi-cloud is a confusing term,” says Hieatt. “I used to think it meant you could run the same app on any cloud and fling it around.” And of course that’s part of it, but it’s about more than that. It’s about your apps that are (let’s say) in Run in a container on AWS and leverage a machine learning API on IBM Watson that pulls data from Snowflake and the Google Cloud Maps API.

You may be wondering if this is a realistic scenario. Wouldn’t companies prefer to stay with a cloud? Even on my own network, I have people making fun of multi-cloud. 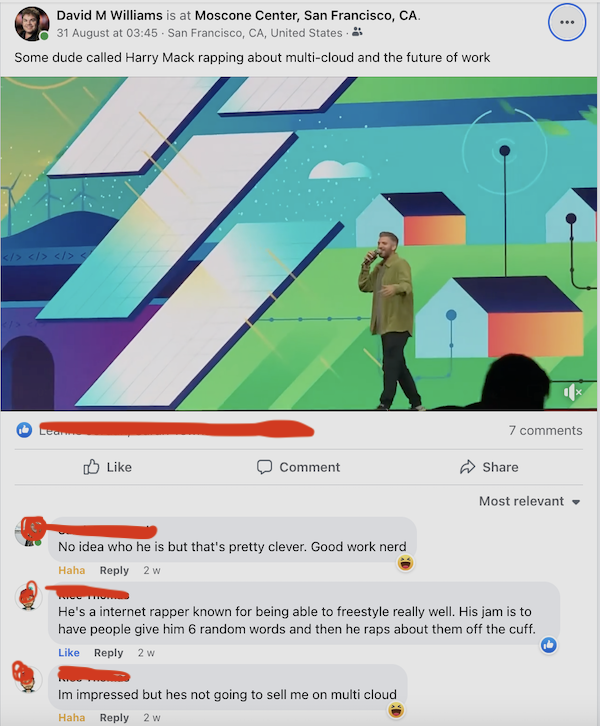 Nevertheless I was there. I have stories and you will have your own.

My own stories from multi-cloud

For example, a company I worked with was all-in on AWS. Although it had acquired another company that was also using AWS, it now had multiple AWS tenants with separate VPCs and separate identities. Still, working with a single cloud was taken for granted. Then another company, which was an Azure store, acquired it. This acquisition had applications that stored customer data in unique databases, so it had over 400 SQL Server databases running Azure SQL Server. There was talk of a migration to AWS, but only briefly. Not only was it a lot of work to migrate the application, its VMs, network and other elements, but AWS RDS SQL Server has a limit of up to 100 databases per RDS instance depending on size, while Azure SQL Server does not restriction. The result is that the company clearly continues to operate on both AWS and Azure.

In another case, I worked with a company that was an AWS exclusive store. Well, so they said. The developers loved AWS and all of their development took place on AWS. But it wasn’t like that. Some services ran on Azure, and there was even GCP in the mix.

In fact, this company had to carefully weigh its costs when COVID struck. So much so that cloud costs had to be drastically reduced and serious changes were considered. Could it move to Azure? At the time, Microsoft billed in Australian dollars for Azure while AWS billed in US dollars, so monthly spend varied. To their frustration as they thought about it, Microsoft announced that it would now price in US dollars as well – taking away the competitive advantage it once had in local pricing. Ultimately, the company switched to an on-premises hosting organization, effectively moving from the cloud to on-premises, even if it was someone else’s premises.

Then we have sovereign cloud considerations – which may affect companies that deal with governments, not just government agencies.

No matter how pure you feel about your surroundings, chances are that you already have, or will have, several clouds in the mix, and even that you might switch clouds for one reason or another.

Multi-cloud is here and won’t go away, and VMware says its tools will be at the center of this multi-cloud universe.

Hieatt gives a humorous example; The big banks used to “send a guy with a briefcase to the rich man’s house to show his stock portfolio. Now the rich are 30-year-olds who don’t want you showing up at their house. They just want their results on their iPad.” have”, and the big bank has to modernize itself in order to remain competitive.

“We can help you become great at building an app, but to do that you have to be committed to this type of app development,” he says — that is, a modern, containerized approach.

VMware is so serious about delivering a consistent experience across clouds that it’s embracing competitor implementations of Kubernetes and providing support for Red Hat OpenShift, AWS EKS, and others. “The agnosticism makes it more powerful,” says Hieatt.

Also, you can start with the Tanzu Community Edition for free.

Now Tanzu is for developers, while VMware Aria—a brand new product—delivers near real-time data on cost, operations, and automation across all your clouds. It offers unified visibility, cross-tool federation, unified management, and end-to-end services.

You can read more online and also visit a VMware lab to try it yourself.

Aria was created to help VMware solve the problem of multi-cloud management itself.

“Multi-cloud management is a big problem today,” Raghuram said. “Every day I see the bills for multi-cloud, millions of dollars developing and managing new apps. I know the challenges of building new apps in the cloud and achieving a high level of security and resiliency.”

Thus was born Aria, VMware’s proprietary way of managing the platform, powered by a core concept known as the Aria Graph.

The future is ahead of us

VMware is banking on modern apps as the technological future for the next decade. The company hasn’t approached the matter half-heartedly, nor has it taken a wait-and-see attitude. VMware struggles with the tools and resources and new hardware support to provide your business with a single platform to easily create, develop, spin up, shut down, consume and manage all your cloud services regardless of where you are can use.

Just as VMware freed the data center from hardware dependency and increasing server hardware spending all this time ago, VMware’s strategy for the next decade can free you from dependency on a specific cloud, allowing you to deploy anywhere it is makes sense based on price and other features, and then change it whenever you need it without retooling or redesigning.

The company’s name remains VMware, but it might as well be KubernetesWare now, jokes VMware vice president and managing director ANZ Brad Anderson, or even AppsEverywhere.

1 Beaten-Down Stock to Buy During the 2022 Bear Market

How to extend WiFi range in general Extending WiFi range can be done in a variety of ways, from making basic adjustments to existing equipment to purchasing new equipment. Here…