Renting a soccer stadium, filling it with thousands of screaming fans and arranging an overnight shoot is an all too common request for commercial productions. Recently, Alter Ego was tasked with doing just that; and after many discussions about logistics, execution and budget, it was practically impossible to shoot such a spot. The script changed and the job never materialized.

With the success of McDonald’s proof-of-concept spot featuring the LED Volume alter ego started researching how to use virtual production for a soccer stadium. In the weeks that followed, alter ego again worked with Pixomondo (PXO) and William F. White Int’l (WFW) and Virtual Production Academy (VPA) to resolve the issue. Using Unreal Engine and LED Volume, Alter Ego developed a CG stadium environment, while PXO created a CG crowd simulation with 18,000 people to fill in real-time. With a simple story about a boy’s dream of getting the final kick to win the World Cup in a stadium full of cheering fans, Alter Ego was ready to shoot another virtual production. 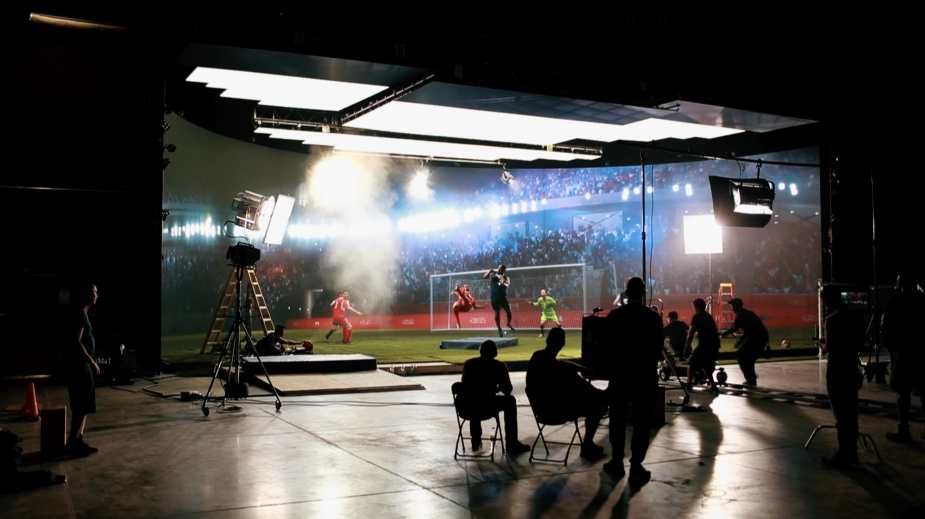 “Showing off the technology is one thing, but good visuals don’t make a good story. we We needed a hero, some excitement and suspense, so we decided to take a split second of an overhead kick before the winning goal and turn it into a 12 second slow motion moment. Of course, that had never been done on the LED Volume and brought with it a whole host of other problems,” says David Whiteson, co-director – Alter Ego.

When recording slow motion on the LED volume, flickering is created which renders most of the footage unusable. “We found that there was a maximum limit of about 200 frames per second that could be shot at the wall, so we calculated the perfect frames per second to reduce flicker as much as possible. At the same time, we did extensive testing in the post to find out how to remove the remaining flicker. The footage was then slowed down to 800fps,” said Eric Whipp, Director of Photography – Alter Ego.

With the cast and crew in place, the partnership between Alter Ego, PXO, WFW, and VPA was finalized for a two-day shoot in Stage 6. The four companies, who have worked together on numerous projects, are possibly the most experienced virtual production team in Toronto’s commercial advertising space. Using virtual production isn’t just about creating content for unreachable or fantastic places, it’s also about delivering a solution that pushes the envelope both creatively and financially.

“Wrestling 20 fans as extras is a big challenge, but wrestling 20,000 fans would be impossible and extremely expensive. The LED volume solved this problem in a timely and cost-effective manner,” said Matthew Manhire, Co-Director. 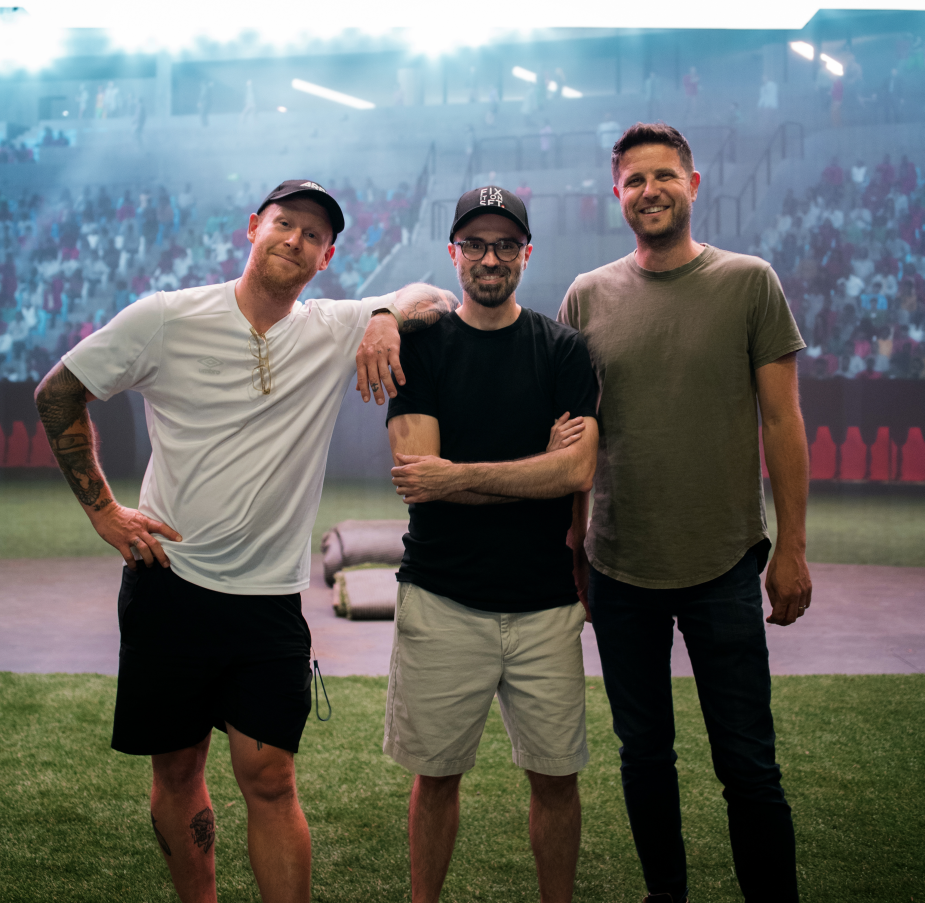 “If you photograph something like this traditionally, you have a green screen with a few lines practical amount and then you would do a bulk replacement after that. This can be very time consuming for expensive renderings. Being able to do this live and in real time is a much more efficient way and you can see exactly what your final product will look like right off camera,” said Jack Chadwick, Virtual Production Manager, Pixomondo.

“I’m confident that this is the most people ever shown virtually in a virtual exhibition Production everywhere,” said Ed Hanrahan – Director of Virtual Productions, William F. White Int’l.

During the two-day shoot, the football game took place in the entire virtual stadium. Practically replicating stadium lighting for the players on stage, the production team could set the physical lighting once and then digitally translate and rotate the environment on the wall to simulate different areas of the pitch. On an actual filming location, the production crew moved all over the field, setting up track and camera equipment for each shot. With virtual production, you can essentially keep the camera tracking on the same dolly, but shift the environment on the wall in seconds.

“An unfortunate and extra production shift that comes with projects of this magnitude is to be had Move around the stadium and mix the BG talent to create the feeling of a packed stadium while managing the complexity of the action scenes. Shooting in a virtual environment meant we could focus on creating dynamic football sequences that drive our story, rather than the logistics of the background images,” says Matthew Manhire, co-director.

Shooting with two cameras for two days produced over 4 hours of footage that remained in the hands of Rooster resident editor Marc Langley. Not only does Marc have the right feel for the project, he is also a big football fan.

“Like any project, you start with a vision, which often grows and changes seamlessly throughout the process. Signing Marc long before the shoot has proved invaluable. Talking to Marc and his years of experience as an editor, combined with his love and knowledge of football helped us capture the right performance to tell our story,” said David Whiteson, Co-Director – Alter Ego.

“I’ve shot a lot of spots over the years that required replacing and cloning the stadium crowd. and it’s always difficult to get the sense of realism, and very time consuming! Working on this project was a dream! The footage from the camera was so close to the final image that it helped edit the spot, as nothing was left to the imagination! It really helped me create the emotion of the spot!” says Marc Langley, Editor – Hahn.

Once there was a locked edit, very little post-editing was required. virtual production allows the capture of the last pixels. Aside from a few CG soccer balls, some simple cleanup and a day of color grading of the spot was done. Music, sound effects and a traditional British football announcer were handled by Boombox Sound to enhance the spot.

At the end of the day, Alter Ego, PXO, WFW and VPA delivered an action-packed soccer spot in a stadium full of fans, all within the scope of a studio, on time and on budget. Another great feat made possible by virtual production.