Elon Musk’s Starlink remains a myth in the past as many people don’t believe it can surpass the speeds of current internet services.

There’s good news for airline customers: this onboard WiFi can offer around 100Mbps to JSX passengers after SpaceX conducted a speed test. 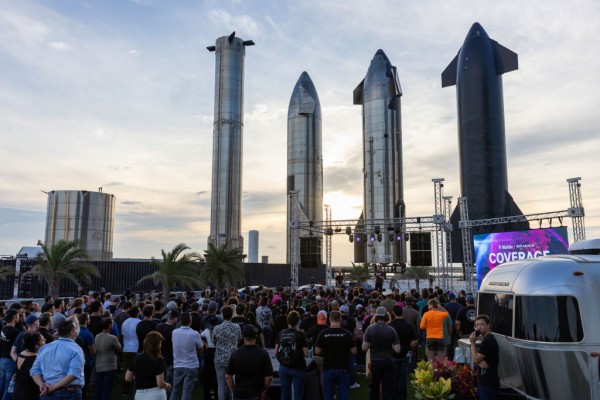 Browsing the internet during a flight seems impossible as some airlines prohibit the use of electronic devices. This is because the devices could easily interfere with flight equipment.

That’s not the case with SpaceX, which has high-speed internet capable of delivering 100Mbps from an airplane flying 30,000 feet above the ground.

According to a report by Mashable, SpaceX is bringing its Starlink WiFi to JSX customers. The hop-on-jet service provider announced its partnership with Elon Musk’s company back in April.

At the time, Musk touted his Starlink internet as the “best WiFi in the cosmos.” It might sound strange at first, but that’s how it works for passengers – uninterrupted web browsing.

JSX isn’t the only airline with ties to the space agency. CNBC reported four months ago that its service would provide WiFi when traveling on Hawaiian Airlines. It is offered to all passengers free of charge.

Musk saw success in closing deals with Hawaiian and JSX, but some companies are skeptical about the company’s plans. Musk reportedly approached Delta to offer the wireless internet experience, but was unsuccessful in negotiations with the other four airlines in the US.

In fact, Starlink has proven that its inflight internet could break the barriers related to airline internet.

Apparently, the company is proving its critics wrong in terms of its capabilities, as JSX is living proof that Starlink can offer passengers a seamless browsing experience.

The announcement caught the attention of Erfan Kasraie, a science reporter from Iran who was curious about how Musk would integrate his service to the people.

“I’m sure you won’t answer that, Mr. Musk, but is it technically possible to make Starlink available to the Iranians? It could be a turning point for the future,” Kasraie said.

In this regard, Musk replied that he would ask the Iranian government to lift or limit the sanctions so they could pave the way for the Starlink internet launch.

Meanwhile, Globalstar, an iPhone satellite provider, is asking the FCC to dismiss SpaceX’s request for access to the 2.4GHz spectrum.

Also read: SpaceX and T-Mobile Collaboration: Starlink’s monthly Internet charges have been reduced by up to 50%

This article is owned by Tech Times