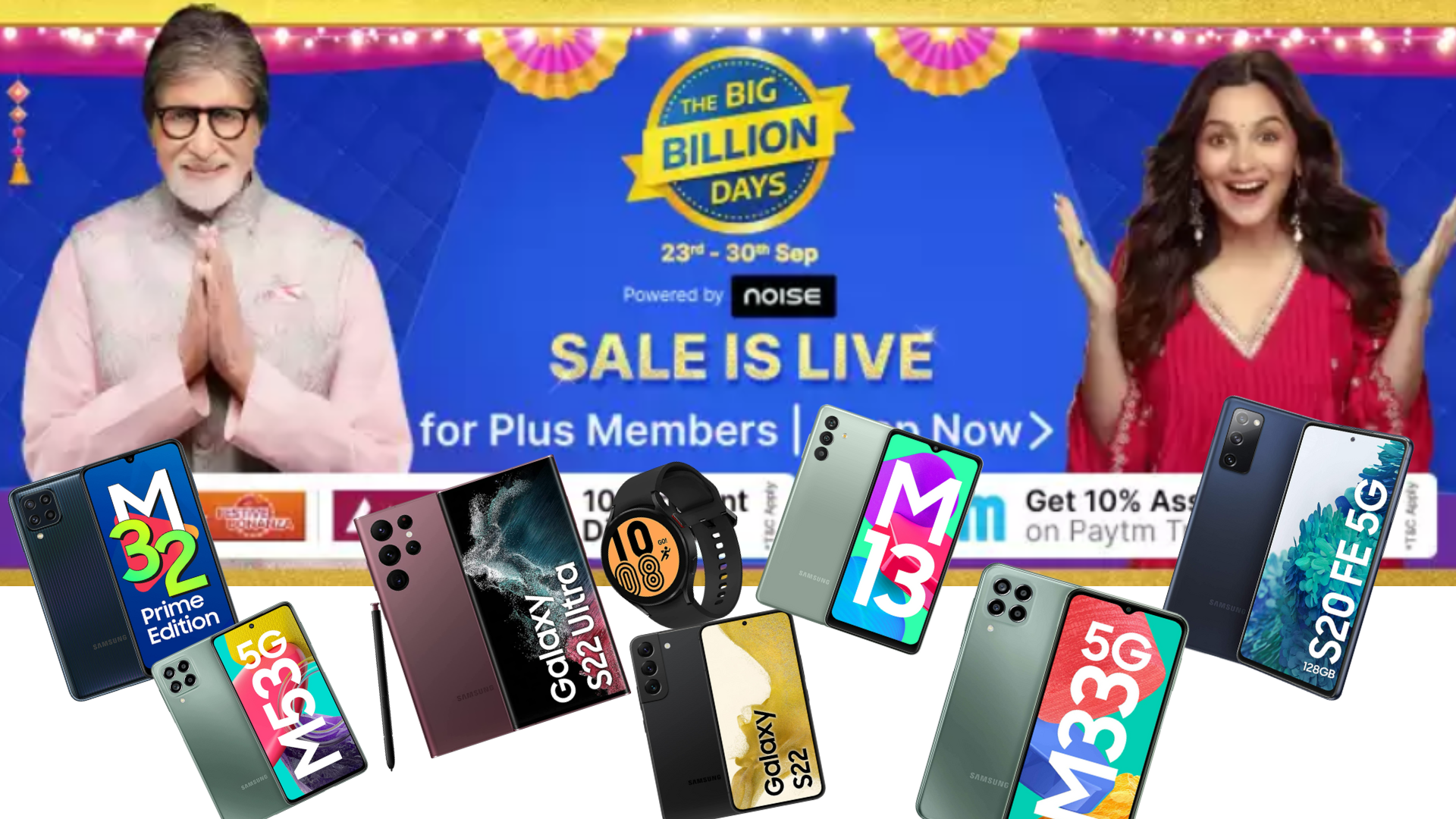 Amazon has launched the new Amazon Great India Festival Sale where we are going to see how Amazon India is launching a new set of discounts on various and diverse ranges of products including products like home appliances, electronics as well as technological gadgets.

For this article, we’ve covered all the details you should know about the upcoming Samsung Galaxy devices, including all Galaxy smartphones, from flagship smartphones to budget smartphones.

Samsung Galaxy devices are very popular in the Indian smartphone market and are also widely known for providing their advanced smartphone features and KNOX security hardware as well as the combination of a modern looking design combined with the best cameras for the price.

Also Read :  FIFA 23: Everything we know about its release date, platforms, name and more

To add specifics, we will see attractive prices for Samsung Galaxy devices for this sale where specific models include:

These are among the Galaxy smartphones that are set to get big attractive discounts for this upcoming Amazon Great India Festival Sale. The focus here is the Samsung Galaxy S22 series which is discounted at Rs. 52,999 Also as an add-on offer, you can get the Galaxy Watch 4 for a heavy discount of just Rs. 2,999.

Samsung Galaxy S20 FE 5G gets the next spotlight where it is said to be selling for Rs. 26,999, which is among the lowest prices ever given it’s a flagship Samsung S-series smartphone. Even though the smartphone is a slightly older S-series phone that launched back in 2021, we can still consider this older flagship smartphone to be a great all-round phone for this year as well.